A Saudi journalist accused of making Tweets deemed insulting to Islam’s Prophet Mohamed was on Tuesday freed from detention after 20 months, a human rights activist said.

Hamza Kashgari fled Saudi Arabia to Malaysia in February 2012 after receiving death threats for Tweets he made on the occasion of the prophet’s birthday.

Saudi Arabia warned that it will take measures against women who plan to defy the driving ban on October 26 after activists called on women to get behind the wheel.

Following confusion after a statement that was published on Wednesday, Ministry of Interior spokesman Mansour al-Turki told several media outlets today that women driving is banned.

“It is known that women in Saudi are banned from driving and laws will be applied against violators and those who demonstrate in support” he said according to AFP.

Activists also said that they have received phone calls on Thursday from another ministry official warning them against driving.

“My wife has received on her cellphone a call from the Interior Minister’s office warning her against driving tomorrow and that if she does they will enforce the laws against her,” activist Waleed Abu Alkhair said on Twitter.

Human rights watchdog Amnesty International called on the Saudi government to respect the right of women to drive.

Philip Luther, director of the Middle East and North Africa Program at the organization, said in a statement “it is astonishing that in the 21st century the Saudi Arabian authorities continue to deny women the right to legally drive a car.”

“The driving ban is inherently discriminatory and demeaning to women and must be overturned immediately,” he said. 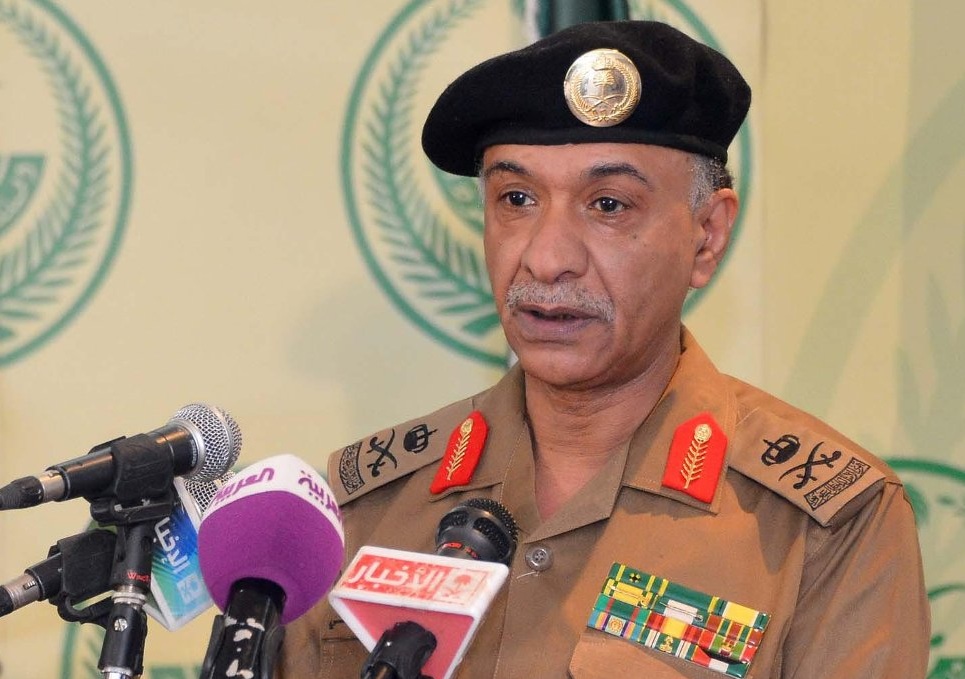 Saudi Arabia’s Ministry of Interior warned against “disturbing the public peace” ahead of a campaign organized by women activists to defy the ban on driving on October 26.

The statement released Wednesday and carried by the state news agency reads in full:

The security spokesperson of the Ministry of Interior issued a statement on rumors exchanged over social networks and some media outlets calling for congregations and marches against an alleged day of female driving. The laws of the Kingdom prohibit activities disturbing the public peace and opening venues to sedition which only serve the senseless, the ill-intentioned, intruders, and opportunity hunters, the statement said. The Ministry of Interior assures all, the statement added, the concerned bodies will fully and firmly enforce the laws against violators. At the same time, the Ministry values what many citizens have voiced concerning for the importance of keeping the peace, stability, and avoidance of what leads to disunity and stratification of society.

The vaguely worded statement appeared to have given both sides on the women driving debate a reason to celebrate.

On social media, opponents of the campaign tweeted under the hashtag “MOI statement represents me,” saying the statement sends a clear message against the calls for driving. Meanwhile, supporters of female driving said the statement is on their side as it does not explicitly say that it is banned for women to get behind the wheel.

To add to the confusion, the original Arabic text of the statement and its English translation seemed to say contradictory things. In the Arabic version, the Interior Ministry refers to “congregations and marches under the pretext of an alleged day of female driving.” The English translation published by the Saudi Press Agency that appears above says “congregations and marches against an alleged day of female driving.”

The statement by MOI comes only few hours after 150 conservative clerics went to the Royal Court to express their objection to what they called “Westernization” and “the conspiracy of women driving.”

There is no law that bans female driving, but authorities do not issue licenses to women. In recent weeks, several women have been driving their cars in different cities around the kingdom and publishing videos of themselves as they drove in support of the October 26 campaign. No arrests have been made.

A group of more than 100 conservative Saudi clerics gathered Tuesday at the Royal Court in Riyadh to protest against what they called “the conspiracy of women driving.”

“The clerics came from around the Kingdom to meet the Custodian of the Two Holy Mosques and officials to indicate the serious risk facing the country,” Sheikh Nasser al-Omar said in a video uploaded to YouTube.

The King and most senior officials remain in Jeddah, but photos posted on social media appeared to show that the clerics were allowed inside the Royal Court.

Saudi clerics have held similar protests earlier this year after the King announced appointing 30 women to the advisory Shoura Council. Before that clerics also swarmed the Ministry of Labor over women employment in retail stores, warning Minister Adel Fakieh that they would pray to God to give him cancer if he does not reverse that policy.

But unlike previous protests, this latest visit to the Royal Court on Tuesday features some prominent names like al-Omar who is known to be a staunch opponent to any changes that cleric perceive as threatening to the Kingdom’s conservative principles. The visit also comes few days before a scheduled day of protest when Saudi women plan to defy the ban on women driving on October 26.

“We came here for many issues, most importantly to combat Westernization and particularly women,” said cleric Abdulrahman al-Mahmoud in another YouTube video.

Saudi Arabia’s intelligence chief told European diplomats this weekend that he plans to scale back cooperating with the U.S. to arm and train Syrian rebels in protest of Washington’s policy in the region, participants in the meeting said.

Prince Bandar Bin Sultan al-Saud’s move increases tensions in a growing dispute between the U.S. and one of its closest Arab allies over Syria, Iran and Egypt policies. It follows Saudi Arabia’s surprise decision on Friday to renounce a seat on the United Nations Security Council. 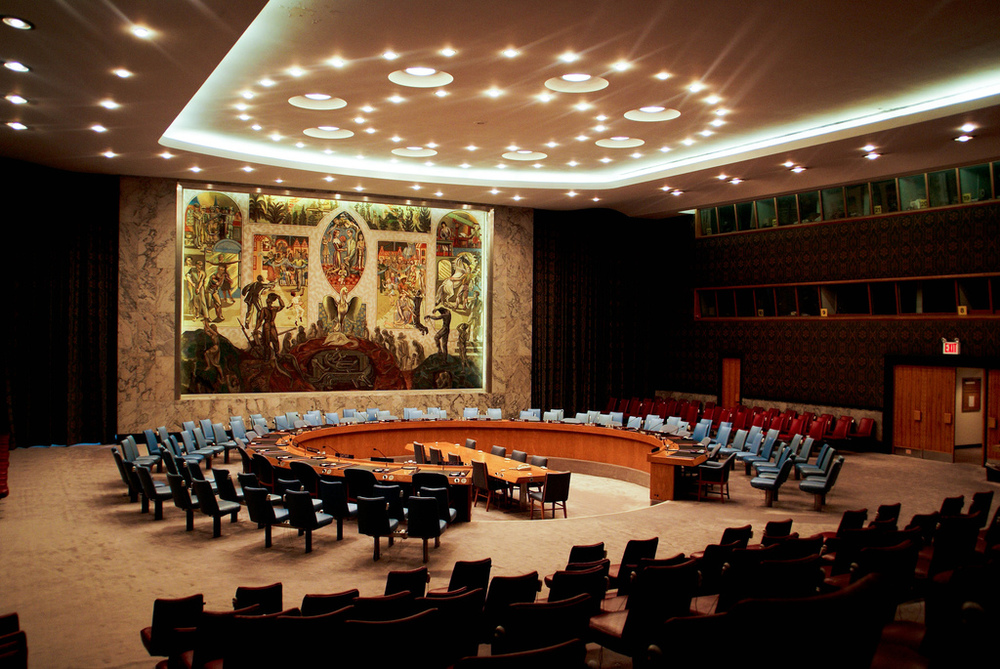 Saudi Arabia on Friday rejected a seat on the UN Security Council only few hours after it was elected to the body, saying the Council has failed in its duties toward Syria and other international conflicts.

The Foreign Ministry said in a statement carried by the official Saudi Press Agency that the Kingdom “announces its apology for not accepting membership of the Security Council until the Council is reformed and enabled, effectively and practically, to carry out its duties and responsibilities in maintaining international peace and security.”

Allowing the ruling regime of Bashar al-Assad in Syria to kill its own people by chemical weapons without taking action against it, the statement said, is “irrefutable evidence” that the Council needs reform in order to be able to carry out its responsibilities.

The statement also said the Council has failed to resolve the Palestinian-Israeli conflict over the past decades and has failed to transform the Middle East into a zone free of weapons of mass destruction.

After Saudi Arabia was elected on Thursday to become one of the 10 nonpermanent members on the Council, the country’s UN Ambassador Abdallah al-Mouallimi said Saudi election was “a reflection of a longstanding policy in support of moderation and in support of resolving disputes by peaceful means.”

The dramatic difference in tone between his statement and the Foreign Ministry statement today suggests that the Saudi Mission to the UN was in the dark about the ministry’s decision to reject the seat.

The Mission had spent a considerable time and effort to lobby for the position. A dozen of Saudi diplomats were also sent to Columbia University’s School of International and Public Affairs in New York to take a special program designed to train them to work in the Security Council once Saudi Arabia is elected.

Saudi rejection of the seat is a strong indication of the country’s frustration with the Council’s record on Syria. Last month the Saudi foreign minister canceled a speech to the General Assembly citing the same reasons.

In February 2012 the Saudi king gave a rare speech criticizing Russia and China for vetoing a resolution on Syria at the United Nations Security Council. “We are going through scary days and unfortunately what happened at the United Nations is absolutely regrettable,” King Abdullah said in a brief address aired on state television.

Saudi Arabia’s standing has slipped substantially among key Middle Eastern publics, including in Lebanon where favorable opinion has plummeted 31 percentage points since 2007. In contrast, opinion of Saudi Arabia has not soured in other predominately Muslim countries outside of the region.

This is unsurprising considering Saudi involvement around the region in the aftermath of the Arab uprisings.