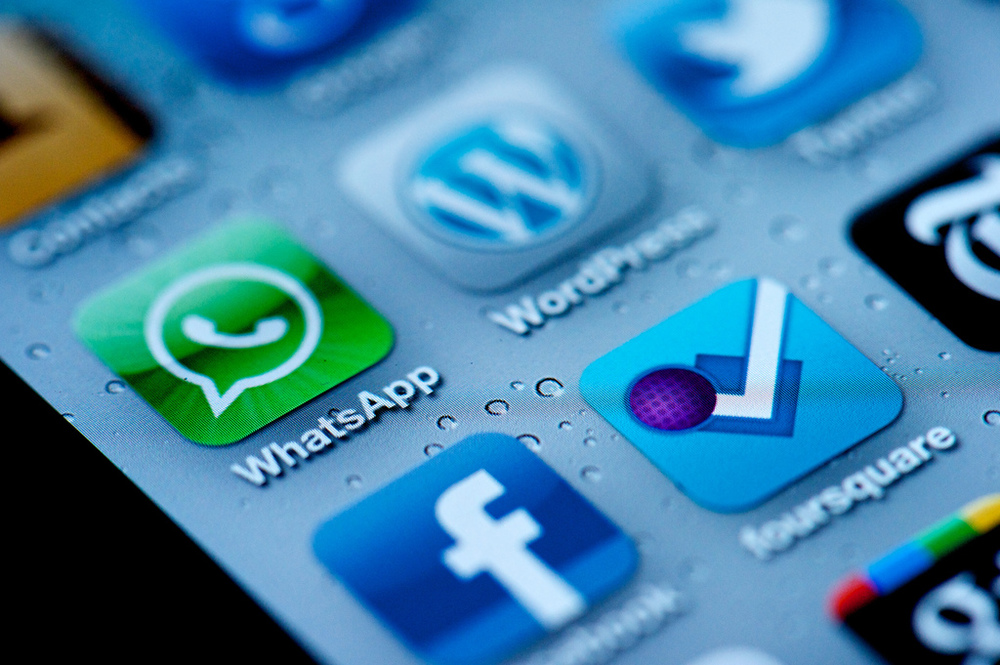 Saudi Arabia’s telecoms regulator, the Communication and Information Technology Commission (CITC), has sent a letter to service providers in the country asking them if they have the technical capacity to block popular instant messaging app WhatsApp, the daily al-Hayat reported on Sunday.

“The three companies (STC, Mobily and Zain) will respond positively to CITC request,” an unnamed source at one of the telecoms told the newspaper. The source was described by al-Hayat as a “technician” who said while CITC has asked about the ability to block WhatsApp, the regulator has not asked telecom companies to block it yet. Technically, the companies can block WhatsApp anytime they want and anytime CITC asks them, the source said.

On June 5 CITC blocked Viber, another instant messaging app, saying it has failed to meet the regulatory requirement of Saudi Arabia. CITC has also indicated that other popular messaging apps like WhatsApp and Skype still do not meet these requirements. Those apps are currently “under review,” CITC said.

An American security expert known as Moxie Marlinspike said last month that Saudi telecom Mobily has approached him to help them organize a program to monitor messaging apps. Moxie wrote that Mobily told him they already have a working prototype to intercept messages sent via WhatsApp. Mobily denied asking Moxie for help.

It is still unclear if CITC will go ahead and order the telecoms to block WhatsApp as such decision is likely to cause a negative backlash by the Saudi public considering the great popularity of the messaging app. A source at one telecom company told Riyadh Bureau last month they estimate the number of WhastApp users in Saudi Arabia to be around 12 million out of 28 million population.

Saudi Arabia sentenced seven government critics to prison on June 24, 2013, for allegedly inciting protests and harming public order, largely by using Facebook. The Specialized Criminal Court sentenced the men, all from the Kingdom’s Eastern Province, to prison terms ranging from five to 10 years and barred them from traveling abroad for additional periods.

Abdulkareem al-Khadar, a founding member of the Kingdom’s defiant leading human rights organisation, the Saudi Civil and Political Rights Association (ACPRA), was sentenced to eight years in prison for inciting public opinion and establishing an unlicensed human rights organization among other charges, five years of which to be suspended and applied only if the activist participates in any illegal assembly or association after his release. 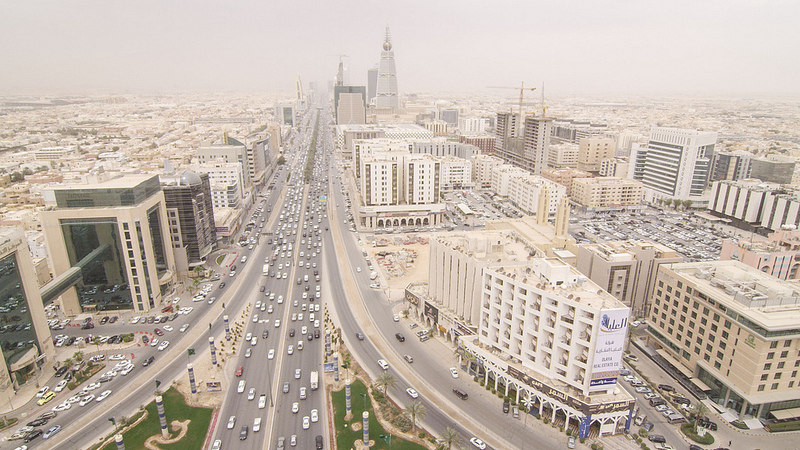 Saudi Arabia has officially changed its weekend to Friday and Saturday, the state news agency reported today. The change will take effect as of this weekend.

King Abdullah has issued a royal decree on Sunday ordering the change of the country’s weekend from Thursday-Friday to Friday-Saturday “for the sake of putting an end to the negative effects and the lost economic opportunities” due to the difference in workdays between Saudi Arabia and the rest of the world.

The change will align banking and business days with most other countries in the region, as well as being closer to the workweek of international financial markets and businesses. Oman was the latest GCC country to shift its weekend to a Friday start last May.

Saudi Arabia’s Shoura Council last April recommended a study to shift the country’s weekend after reviewing a report by the Ministry of Civil Service. The change was first proposed back in 2007, but the Shoura Council failed to pass the proposal then for religious reasons.

Saudi security forces have killed a man on Saturday night who fled when they tried to arrest him for allegedly taking part in protests in the Eastern Province, the Interior Ministry spokesman said today.

The state news agency quoted the spokesman as saying that Morsi Al Rabah “was involved in criminal acts that targeted Saudi nationals and citizens of his village.” The spokesman said police opened fire at Al Rabah when he fled as they tried to arrest him in the restive town of Awwamiya. He was wounded and died in hospital.

Al Rabah’s name appeared on a list of 23 wanted persons by the government in connection to protest demonstrations in Qatif, eastern Saudi Arabia.

In a statement carried by the official Saudi Press Agency the spokesman urged the remaining 10 suspects on the same list, to “quickly hand themselves over to security bodies,” adding that “this will be taken into account when looking into their cases.”

Eastern Province Police said on Saturday a teenager was found dead with a stray bullet in his car after unknown gunmen opened fire at a police patrol in the nearby town of Toubi on Friday night. It was not clear if teenager’s death was linked to the gunfight. A local news site reported that another man was also killed on the same night, but this has not been confirmed by official sources.

Qatif has been rocked by sporadic violence since March 2011 as residents from the Shia minority clashed with security forces to protest what they say is the discrimination by the Saudi government. Authorities deny that they discriminate against the Shia and describes the protests as isolated riots.

Despite the crackdown by security forces, the protest movement in Qatif has managed to sustain itself for over two years. At least 20 people have been reported dead in the clashes.

A young man was shot dead late on Friday in the restive region of Qatif in eastern Saudi Arabia, the Eastern Province Police said. The EP Police spokesman said in a statement that the man has died before they managed to transfer him to the hospital.

“A police patrol came under heavy fire from unknown source during its duty on midnight Friday in the town of Toubi in Qatif area,” the spokesman said. “This has prompted the police to respond in kind in accordance with regulations.”

The statement did not say if the two incidents are related, but said the death will be investigated.

Activists pages on Facebook identified the man killed as Ali Hasan al-Mahrous, a 19-year-old from the town of Khuwaildiyah.

The oil-rich Eastern Province of Saudi Arabia is home to the Shia minority. The region has witnessed intermittent protests over the past months. The Shia have for long complained of discrimination. The government denies that it discriminates against its Shia citizens and usually describes the protests as isolated riots.

At least 19 people have been killed in Qatif protests since March 2011.

David B. Ottaway on Saudi succession:

Veteran Saudi watchers of the royal family believe that decision could come down to who lives longer — King Abdullah, who has outlived two crown princes already, or the current heir, Salman. Rumors that the crown prince suffers from Alzheimer’s are untrue, but there is no doubt that Salman has been slowed down considerably by age — he is “certainly no longer the Salman of yesterday,” in the words of one Saudi who recently saw him, a judgment in which U.,S. officials concur. But if Salman does outlive Abdullah to become king, the thinking is that he will favor Ahmed because they are full brothers from the same tightly-knit Sudairi clan.

Should Abdullah miraculously outlive the far younger Salman, he has put his half-brother Muqrin in line to move up the power chain to become the next crown prince. Saudis say Muqrin is clearly campaigning for the job through constant public appearances, designed to keep himself in the limelight. Miteb has also been keeping a high profile, but most Saudi watchers doubt the king is ready to upset the whole al-Saud family by naming him heir apparent — a move that would constitute an unprecedented kingly power play.

Human Rights Watch urged the Saudi government to drop a case against two Saudi women sentenced to 10-month in jail for seeking to help a Canadian woman who wanted to leave her Saudi husband with their children.

In addition to the jail terms, women rights activists Wajeha al-Huwaider and Fawzia al-Oyouni were also sentenced to travel bans. Al-Huwaider, who is a member of the HRW Middle East advisory committee said she believes the government pursued this case to punish her for unrelated women’s rights activism over the the years, including her calls and protest to lift the ban on driving.

“Saudi authorities are using the courts to send a message that they won’t tolerate any attempt to alleviate the dismal status of women’s rights in the kingdom,” Joe Stork, deputy Middle East director at HRW, said in statement.

Al-Huwaider and al-Oyouni were convicted of the Islamic sharia law offense of takhbeeb, which means the incitement of a wife to defy the authority of her husband, according to an activist who spoke to AFP.

I don’t know if takhbeeb applies to Canadian women but apparently it does to Saudi women. On this occasion, I would like to congratulate the husband on the court’s ruling to his favor. After this, nothing stands in the way of him doing whatever he wants with his wife, even if he wanted to lock her up in a bathroom and urinate on her. Or he could simply just keep starving her.

Al-Huwaider and al-Oyouni said they plan to appeal their convictions.

It cannot be dismissed that Saudi Arabia is actually investing on renewable energy. However, the investments are heavily allocated towards developing the required infrastructure by foreign companies, as opposed to allocating investments towards researching and developing by domestic companies. The fact that foreign countries are contracted to develop and establishes energy in Saudi Arabia should be a flag to Saudi policy makers to rethink their position in the global energy industry.

Since the terrorist attacks of September 11th 2001 Saudi Arabia has marketed itself as a moderate regime, a bulwark between Western interests and a backward population. King Abdullah bin Abdel-Aziz al-Saud’s reformist approach has helped to develop this image of benign paternalism. The rulers are more progressive than the society, the argument goes. A case in point is the king’s decision earlier this year to appoint 20 impressive female MPs to the country’s 100-strong Shura Council, the body that advises the government on legislation.

The number is incorrect. Saudi Arabia appointed 30 women to the Shoura Council which has 150 members in total.